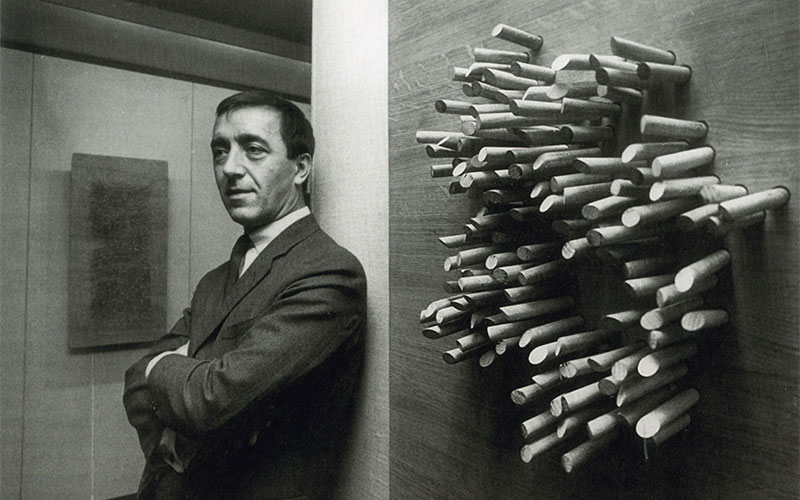 Best known for his kinetic sculptures, Belgian artist Pol Bury began his career as a Surrealist painter heavily influenced by the work of René Magritte and Yves Tanguy. After turning to geometric abstraction and associating briefly with the CoBrA group, an avant-garde movement that espoused the complete freedom of color and form, Bury discovered Alexander Calder’s work and began making mobiles of painted shapes and sculptures in which movement was emphasized. The movements he assigned to these sometimes-monumental works were often slow and almost imperceptible to the naked eye. “Speed limits space; slowness increases it,” he once said. Over the course of his career, Bury created a number of fountains that incorporated water into their kinetic workings, including his well known L’Octagon (1985) in San Francisco.