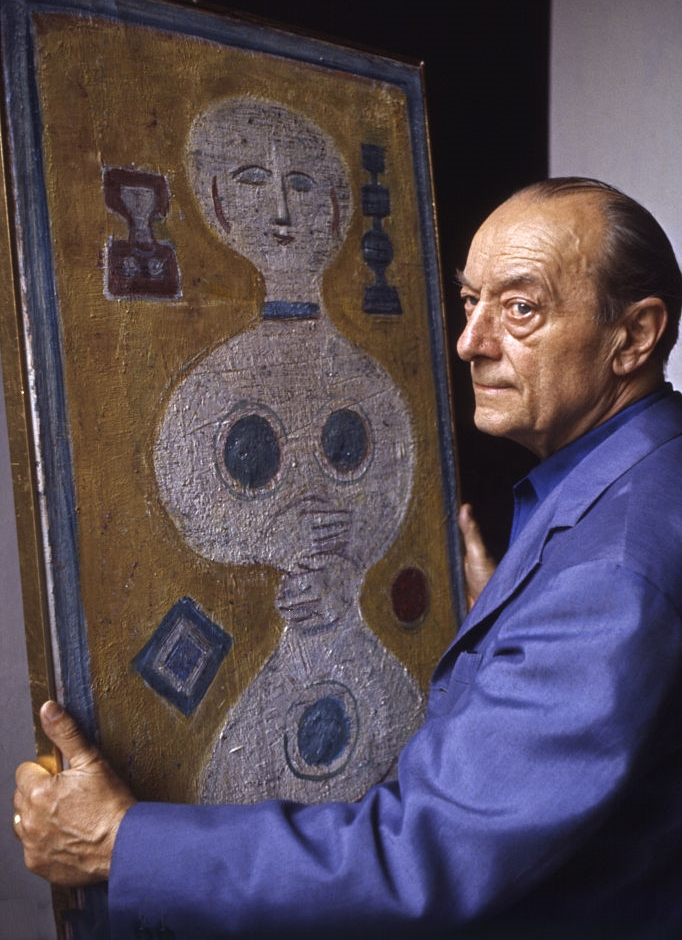 Massimo Campigli began his career as a journalist, writing for Futurist and Avant-garde magazines in Italy in the 1910s. After being taken as a prisoner of war during World War I, Campigli served as a foreign correspondent in Paris in 1919 before joining the “Paris Italians” artist group, which also included the Futurist Gino Severini and the Pittura Metafisica painter Giorgio de Chirico. Campigli began depicting almond-eyed, frozen figures in 1928 when a trip to Rome’s Villa Giulia left the artist fascinated with Etruscan Art—the art produced in Italy between the 9th and 2nd centuries BCE. His most iconic works—pale, fresco-like paintings of women—mirrored a broader European revival of Ancient art as a response to the horrors of World War I.