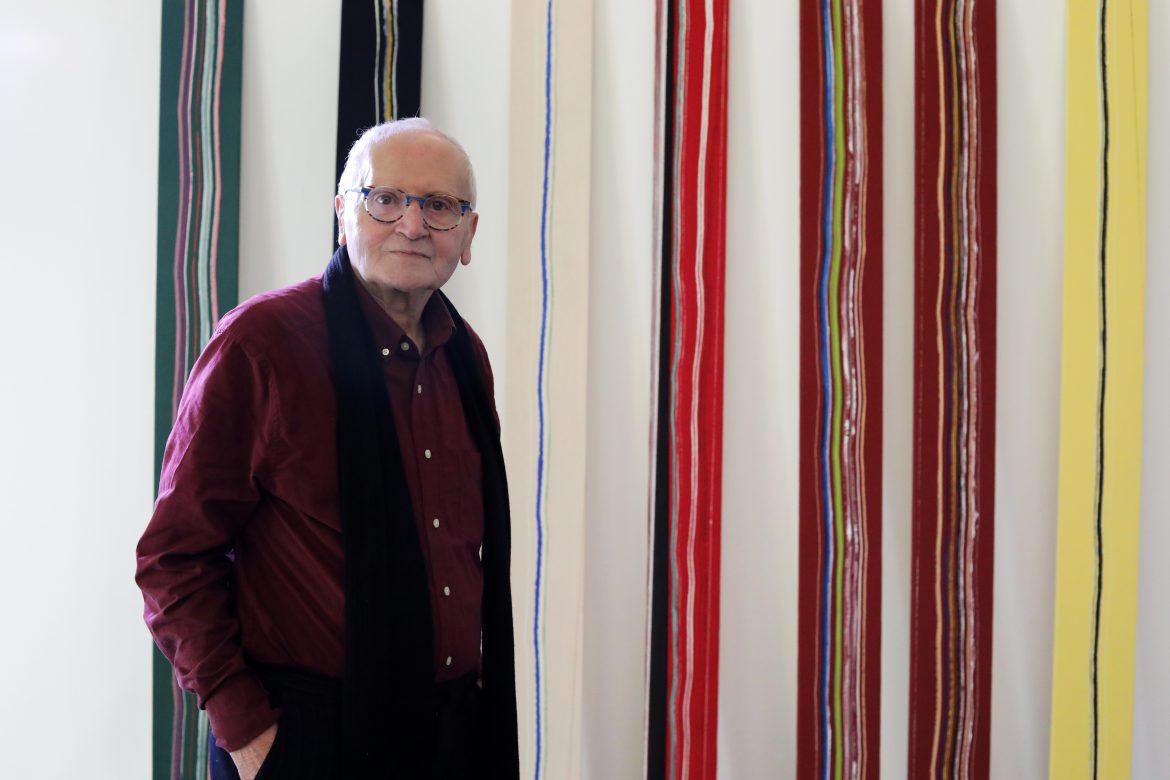 Vittore Frattini is an Italian sculptor and painter whose abstract works frequently display his signature multicolor, wavy lines. After graduating high school, he studied at the Brera Academy in Milan and presented his first solo exhibition in 1957. His early paintings are characterized by exaggerated brushstrokes and muted colors, while his later works usually feature colorful lines slashed against a solid background. Like his father, Frattini also works in sculpture, creating glass and metallic works that incorporate multicolored linework. His expansive oeuvre has been exhibited in numerous museums, including the Museo della Permanente in Milan, the Atelier Donati in Zürich, and Georgetown University in Washington, D.C.