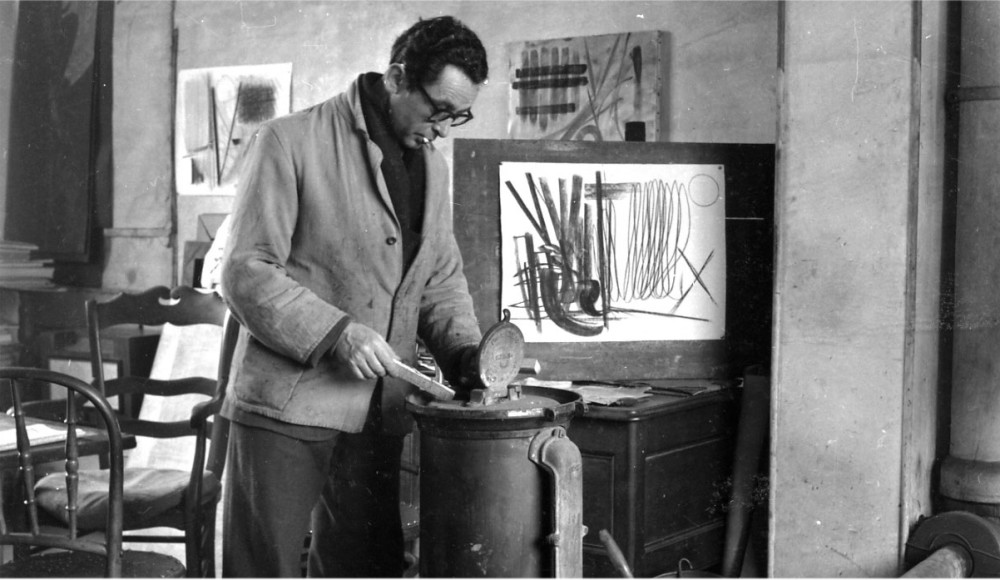 Hans Hartung is associated with post-war Art Informel artists such as Karel Appel, Jean-Paul Riopelle, and Jean Dubuffet. After being a prisoner of war and losing a leg as a soldier with the Foreign Legion (between 1939 and 1945), Hartung returned to Paris, where he became particularly interested in spontaneity, irrationality, and freedom of form. Rather than trying to control the process as earlier abstract painters had, Hartung applied paint with garden rakes, spray paint, and olive branches, embracing accidental and unexpected outcomes. "In my opinion the painting which is called abstract is none of the 'Isms' of which there have been so many lately," he said. "It is neither a 'style' nor an 'epoch' in art history, but merely a new means of expression, a different human language—one which is more direct than that of earlier painting." Notable influences include Emil Nolde, Oskar Kokoschka, and other German expressionists.