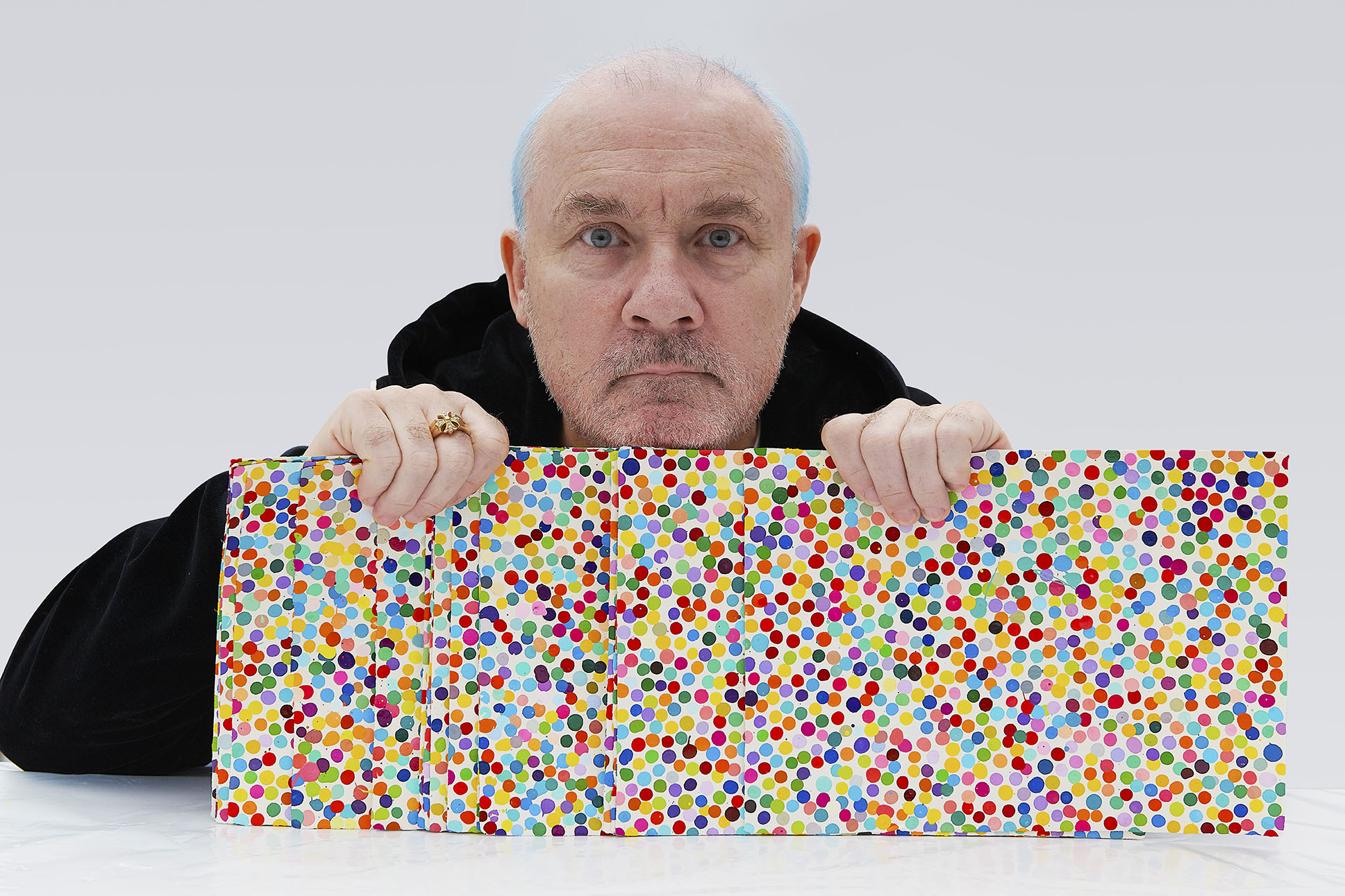 Damien Hirst first came to public attention in London in 1988 when he conceived and curated "Freeze," an exhibition in a disused warehouse that showed his work and that of his friends and fellow students at Goldsmiths College. In the nearly quarter of a century since that pivotal show (which would come to define the Young British Artists), Hirst has become one of the most influential artists of his generation. His groundbreaking works include The Physical Impossibility of Death in the Mind of Someone Living (1991), a shark in formaldehyde; Mother and Child Divided (1993) a four-part sculpture of a bisected cow and calf; and For the Love of God (2007), a human skull studded with 8,601 diamonds. In addition to his installations and sculptures, Hirst’s Spot paintings and Butterfly paintings have become universally recognized.