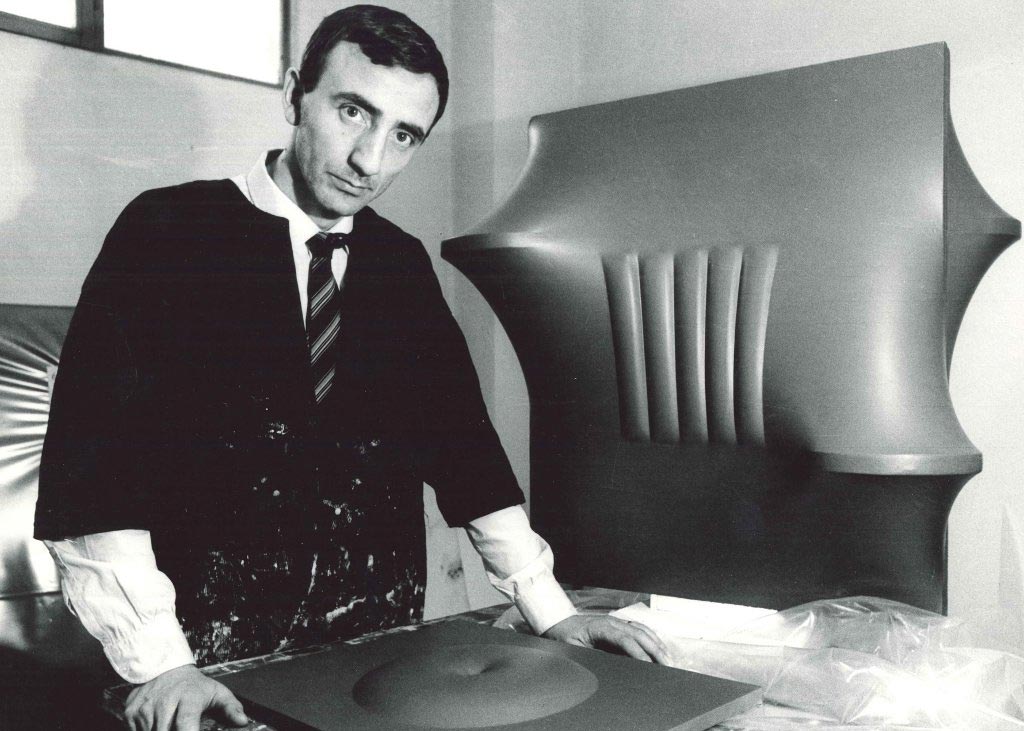 A leading figure of the Italian avant-garde, Agostino Bonalumi explored the plasticity of the canvas in his object paintings and contributed to the emergence of irregularly shaped canvases in the postwar period. “My generation lived through the academy of the Arte Informel, when it was triumphant, and at a certain point that expressiveness which was purely appearance and not form, was not enough,” Bonalumi, who thrice exhibited in the Venice Biennale, once said. An ally of the German artist group Zero, Bonalumi—along with peers and friends Enrico Castellani and Piero Manzoni—was inspired by Lucio Fontana’s sliced canvases. He elaborated upon Fontana’s work, developing what he called “extroflexions”—intricate stretchers that molded his vinyl-coated monochromatic canvases and suggested a force pushing out from beneath. In the 1960s, Bonalumi expanded his materials to include metals, and he enlarged the scale of his work, ultimately creating installations.