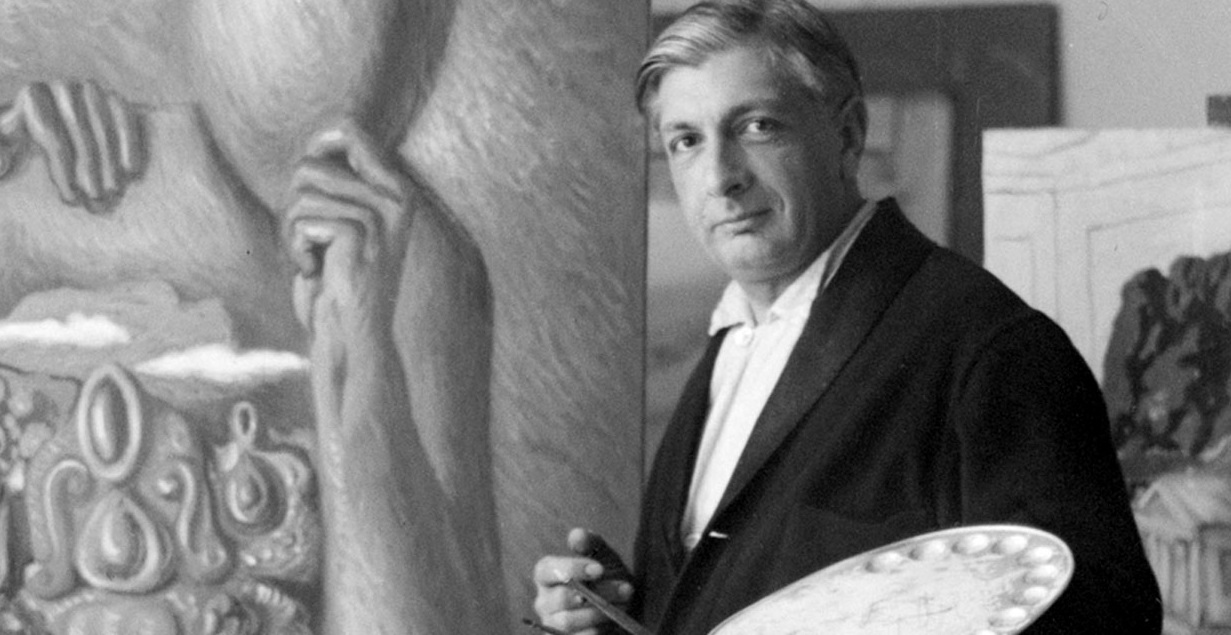 The founder of the scuola metafisica, Giorgio de Chirico is best known for his metaphysical paintings, produced between 1909 and 1919. These melancholic renderings of low-lit town squares with long shadows and empty walkways would profoundly influence the Surrealists, including André Breton, Salvador Dalí, and René Magritte. In their thematic exploration of alienation, nostalgia, and myth, de Chirico’s works—many of which were exhibited at the Paris Salons—are also said to have influenced filmmakers such as Michelangelo Antonioni and draw parallels with contemporary works by Edward Hopper. De Chirico later rejected his earlier metaphysical style and became interested in traditional painting techniques, working in Neoclassical or neo-Baroque styles influenced by Raphael, Luca Signorelli, and Peter Paul Rubens. The Surrealists were publicly critical of this anti-modern development in de Chirico’s work and the artist eventually ended his association with the group. He cited the writings of Friedrich Nietzsche as a deep influence.